It has been so long since the last time I wrote about our adventure. Due to some problem with our website, it took me this long to finally write again. The last country I wrote about we traveled through was Uruguay. We left Uruguay on February 12th this year and went back to Argentina.

I am thinking back to our time there, to the memories we made, the experiences… Thinking back this, okay, probably real cheesy description of our time there comes to mind. A real ‘warm end of summer feeling’, where if I think back I picture everything with some kind of ‘golden hour light’. 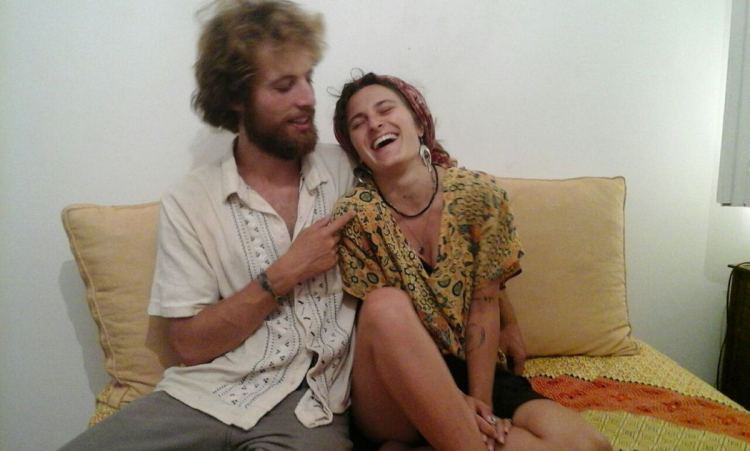 While crossing by boat from Uruguay to Argentina (Buenos Aires) I wrote this down “Today we crossed the Rio de la Plata and well here are some fun Wikipedia facts ‘it is the widest river in the world, with a maximum width of about 220 km’ and ‘the inner fluvial zone is about 180 km long and up to 80 km wide, with a depth which varies from about 1 to 5 m; the depth of the outer estuary zone increases from 5 to 25 m.’ And ‘The river’s discharge is strong enough to prevent saltwater from penetrating to the inner portion.’ What that looks like? 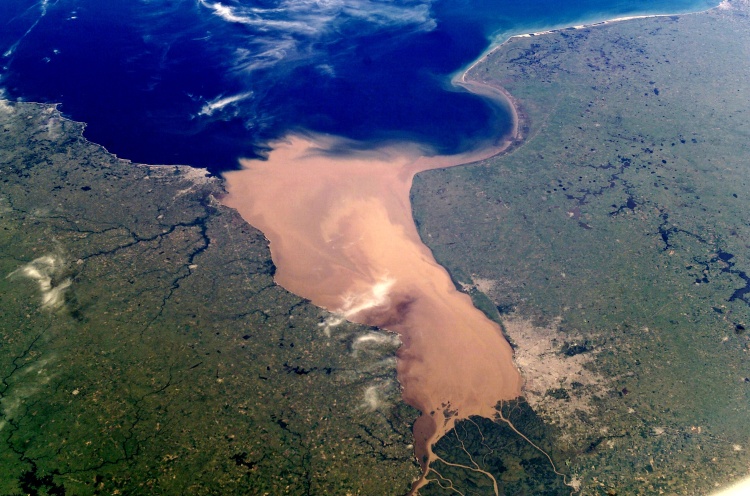 I remember well when we arrived to Buenos Aires it was raining and Sunday. I think I remember it well because we wanted to take the bus but we had to put money on our ‘sube card’ and all the places where you can do this were closed. So we walked from ‘Puerto de La Boca’ to a neighborhood called San Telmo in the hope some places were open there. It was about a 30 minute walk with all our luggage. But unfortunately this was not the case, those places were also closed there. We ended up asking someone and they told us to go to a metro station, there you can always put money on your card. So that’s what we did, we walked to the nearest metro station, only to find out it was closed. Alright, next metro station then? Luckily when we got to the next one, it was open but of course the next problem occurred. We only could pay in cash and since we just came from Uruguay we did not have any Argentinian pesos yet. We decided I would stay with all our luggage and Tom would go looking for a bank. In the end, it all worked out fine. We took the metro and got to our friends house. 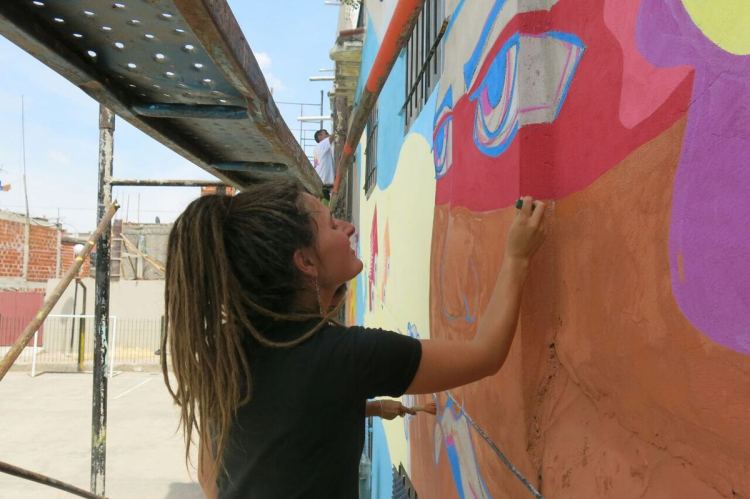 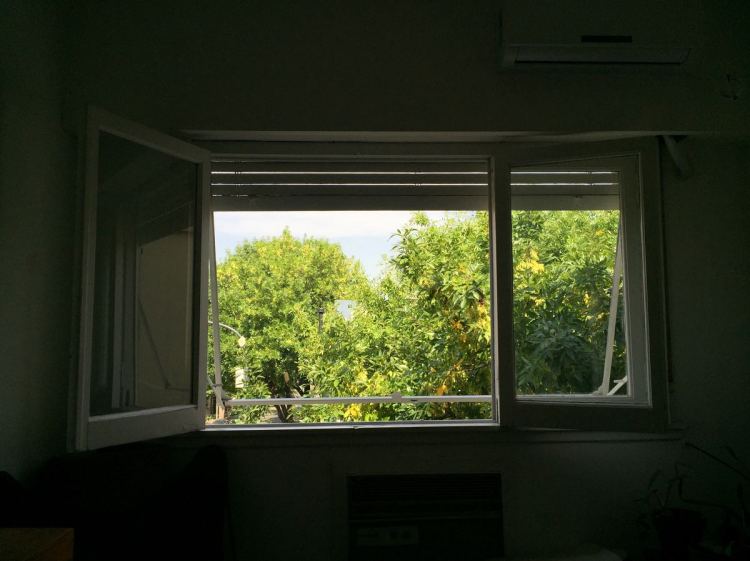 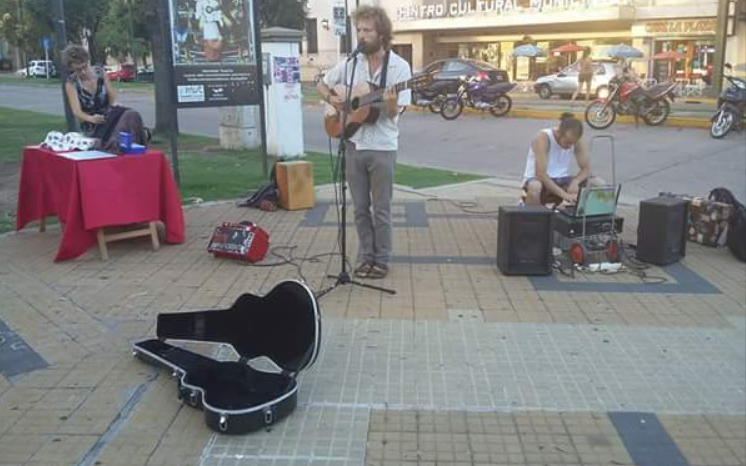 For about the next week Tom and I were in Buenos Aires together and the Rio de la Plata dialect grew on me. Since in Uruguay they speak quite similar but, don’t tell either the ‘Uruguayos’ or the ‘Argentinos” because they will disagree. Words like cebollas, playa and manzanilla I now say in a Rio de la Plata dialect. In Castellano double ‘ll’ or ‘y’ are pronounced like a ‘j’ (in Dutch) but in the Rio de la Plata accent it is pronounced as ‘sj’ (in Dutch). On a side note, something we learned in Uruguay as well is that a strawberry is not called a ‘fresa’ but a ‘frutilla’, so, yes again the ‘sj’ sound. Also words like porotos (beans) and falda (skirt) are now words I know and do not know in Spanish from Spain. These words are not so much Rio de la Plata but used all over South America. Anyway, in that week we met up with Fleur and had lunch together. We by the way ended up meeting her in Brasil, Argentina, Chile and Bolivia! We spent time with our friend where we were also staying. Sole if you read this, a shout out to you! I love you! You’re such a sweet and inspiring soul!

In the two weeks that followed Tom went to Venado Tuerto where he was surrounded by a lot of music, I had to opportunity to paint with a group of muralists called MACA. During those two weeks I stayed at Sole’s place and at her sister’s place. I was (and still am) so thankful for that. For people opening up their homes and letting me or both of us stay. And oh my, Tom surprised me when I went to pick him up from the bus station and he had shaved off his whole, entire beard. It is the weirdest thing, he doesn’t look like himself when his beard is gone. So I was a bit freaked out and he thought I was exaggerating.

Before Tom got back I had another tattoo done, an Aloe Vera (something about having to heal yourself). After those two weeks Tom came back to Buenos Aires for a couple days and we went to Córdoba by train. If I remember right, it was about a 17 hour train ride. A funny thing that happened while on the train, at about two in the morning we stopped at some town where people got off and on. All the lights were switched on and everybody, seriously everybody got up to get hot water for their Yerba mate. It is stimulating like coffee. I cannot even handle black tea, how in the world were all these people drinking Yerba mate at two in the morning and being able to fall asleep again? That’s what I was wondering.

In Córdoba we couchsurfed and Juli, the girl we stayed with, gifted me a pair of her self made earrings. Her jewelry is inspired by the jewelry of the Mapuche. The Mapuche are the indigenous people of Central- and South Chile and Southern Argentina. We also celebrated International Women’s Day there, taking part in the march. After a couple days there we headed for Casa Grande which is located kinda North-East of Córdoba. While we were there Summer turned into Fall, while over here Winter turned in Spring. There we helped with building an adobe house, plus recycling old car windows and glass bottles (used as windows). I learned working with mud is really beautiful to me, creating, shaping something out of some kind of clay mixture. I felt such a deep and strong connection to Mother Earth when doing this. It is something I definitely want to continue to experiment and work with. The Earth is so powerful in the softest way possible. Most days we cooked above a small fire and bathed in the river. One of the profound things we learned is, we both really enjoy simplicity. 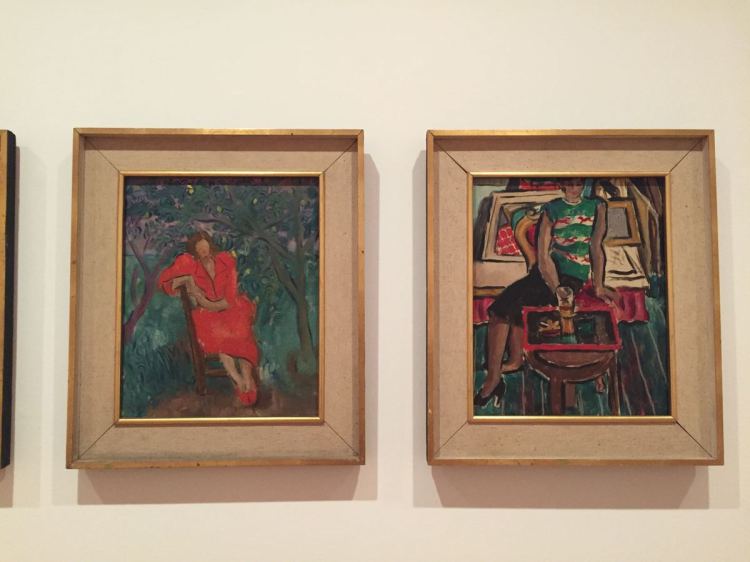 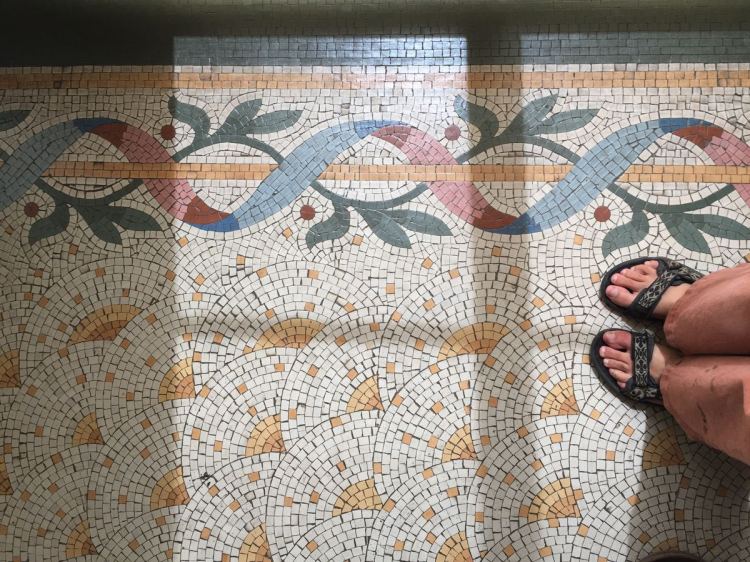 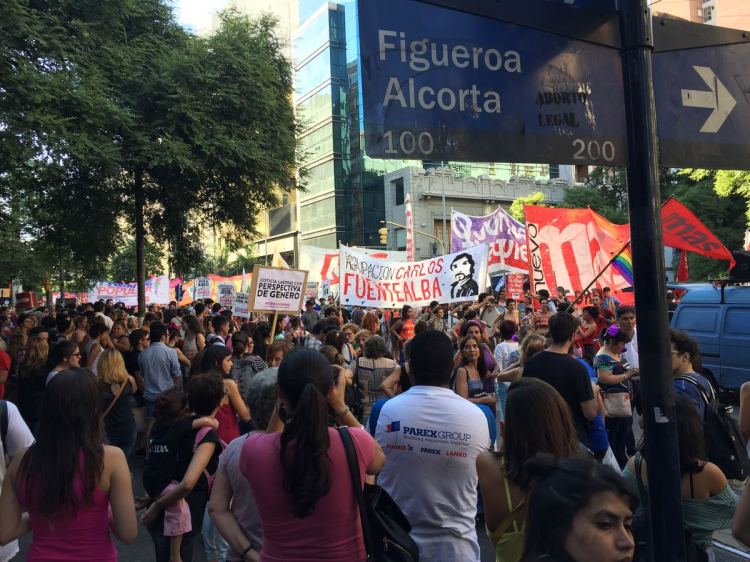 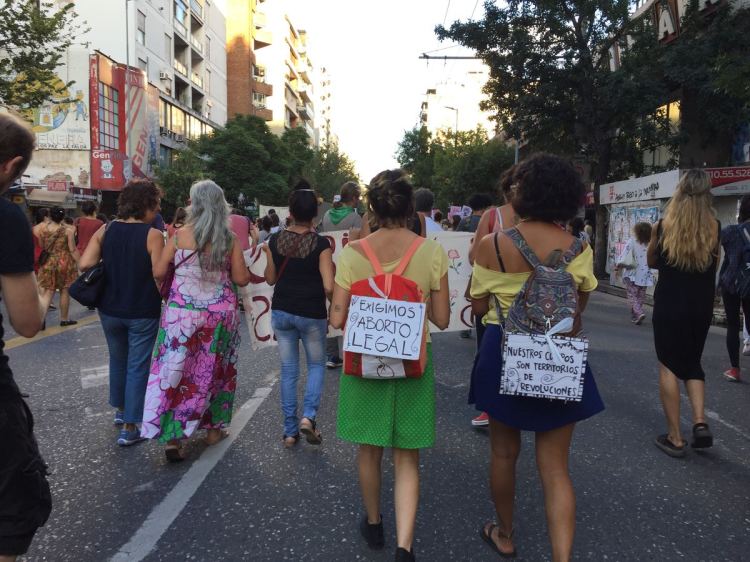 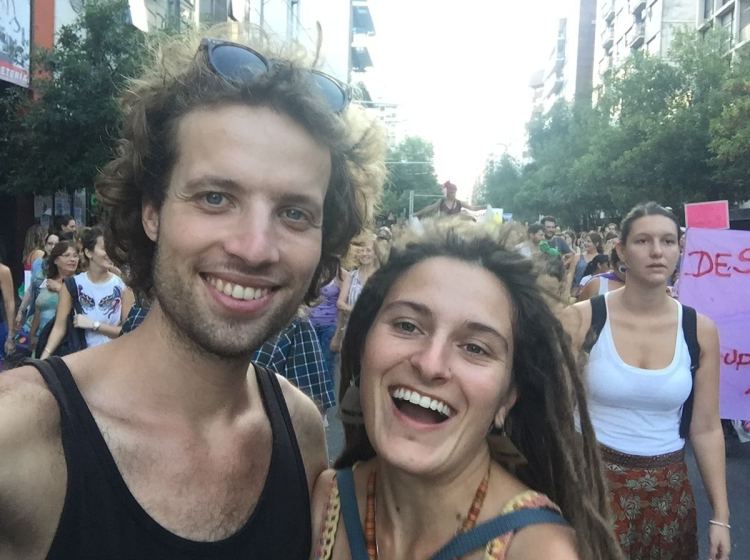 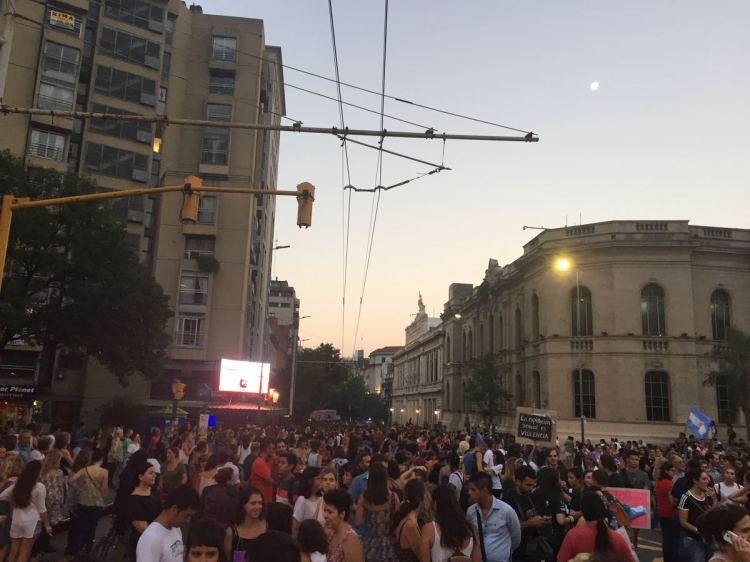 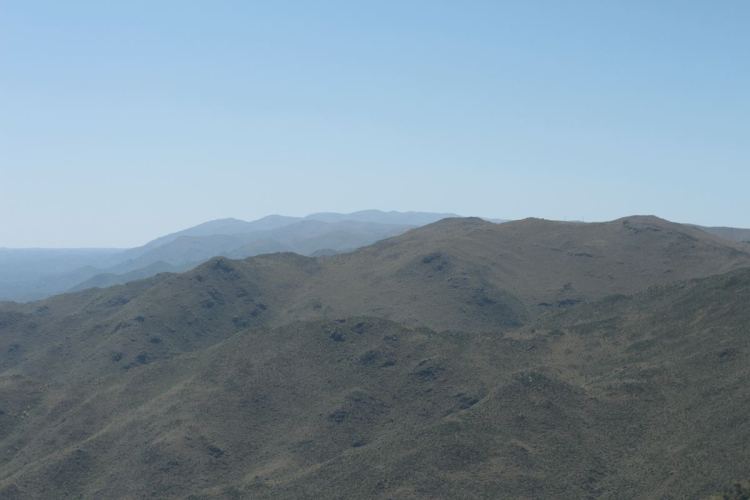 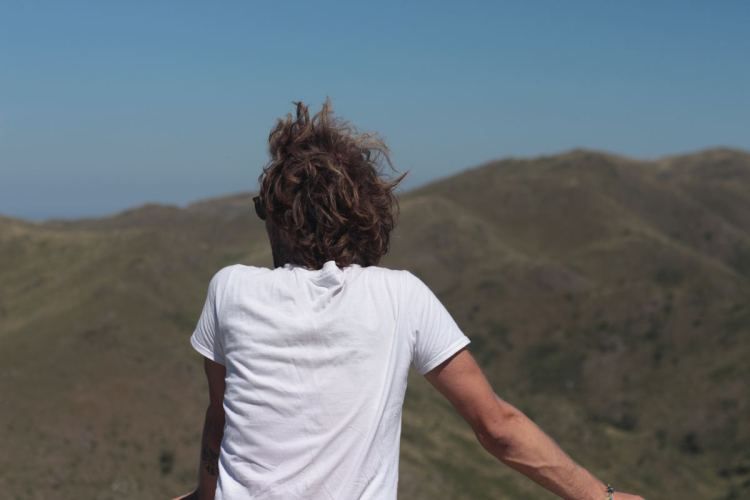 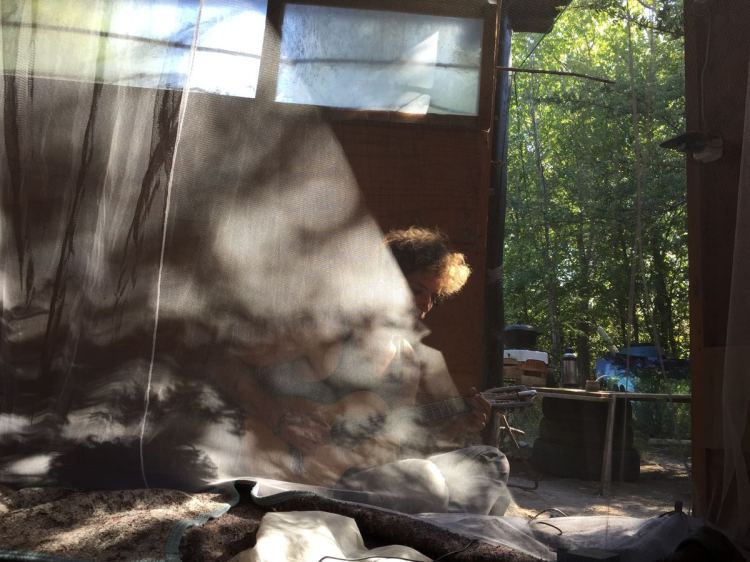 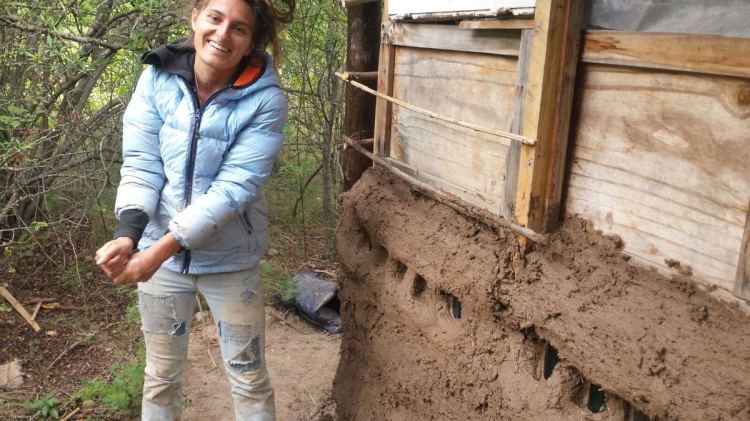 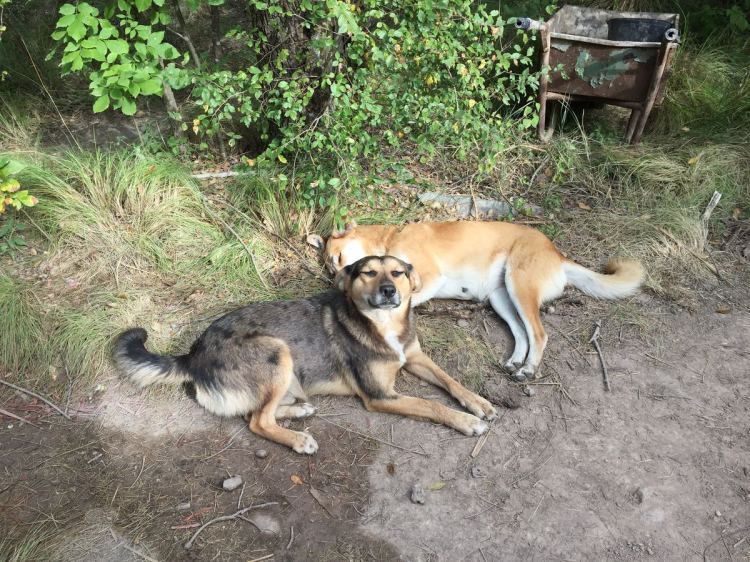 We continued on to Capilla del Monte where we took hikes and relaxed. Plus we were trying to figure out where to go to next. A lot of people recommended us a lot of places in that area. Apparently there you can find a lot of the like ‘hippie’ kind of communities. I don’t mean this in a bad way but people tend to think Tom and I really enjoy that stuff because you’re backpacking and the rastas… People kinda seem to look at it like 1+1=2 but eh, no. To continue the prejudices… I have found that sometimes those kind of places are so focused on peace, love and happiness not a whole lot actually happens. I do not mean to judge at all because do what makes you happy but it doesn’t really make me happy neither does it excite me. So, we decided to head for Mendoza. A city that’s not too big but very close to the Aconcagua (which is the highest mountain after the Himalayas).

Like in every city we went looking for murals and for vegan food. But here, here we also wanted to go and see the Aconcagua. The bus ride there was epic, so extremely beautiful. The trek to the first base camp was equally as beautiful. I believe about 2,5 hours to get there and 2 to get down. The mountains hold so many different colors and textures, plus they were so enormous. Being someone from the Netherlands where the landscape is flat, mountains make my mind go hysterical but like in the most positive way possible. But I think maybe pictures are better than words for this… 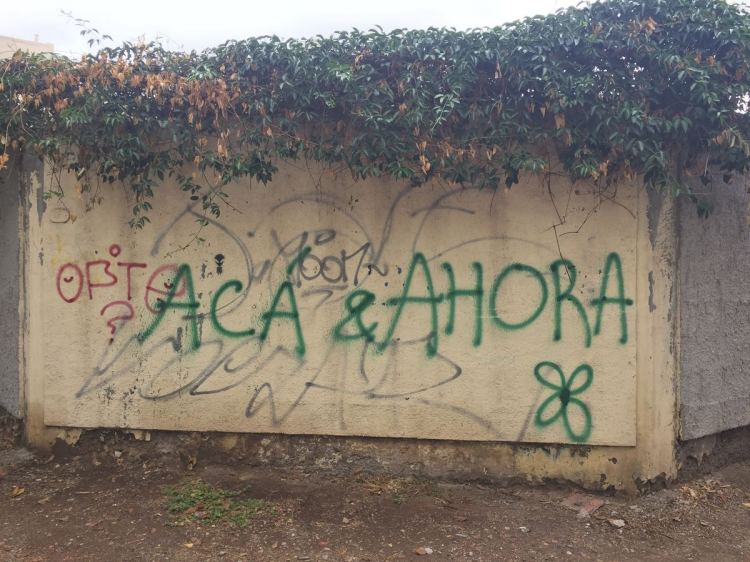 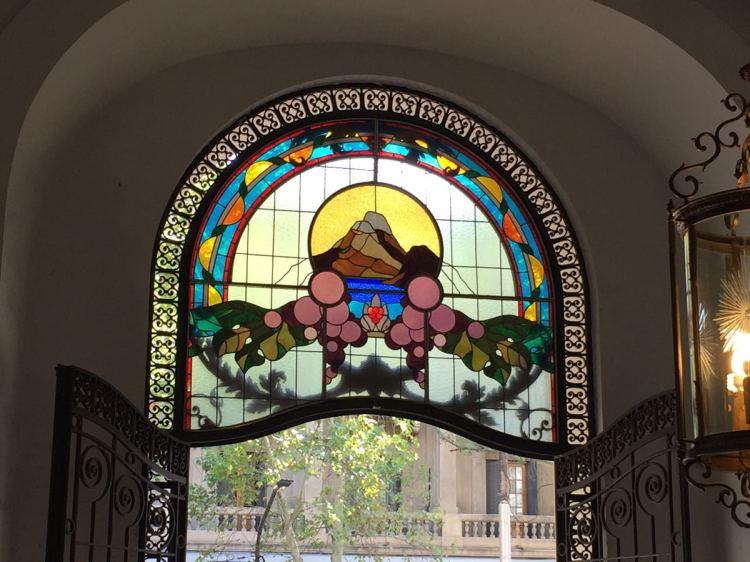 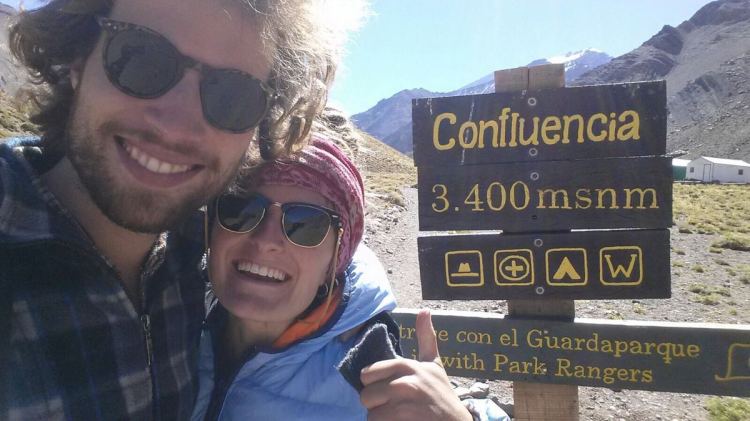 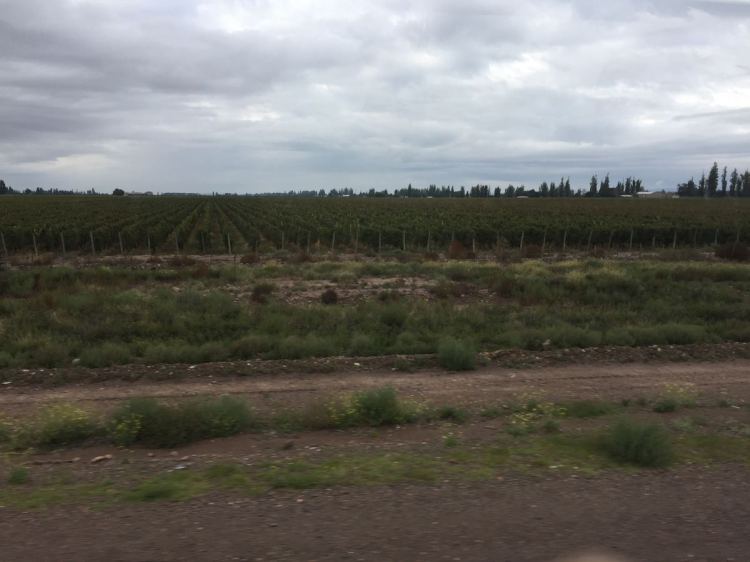 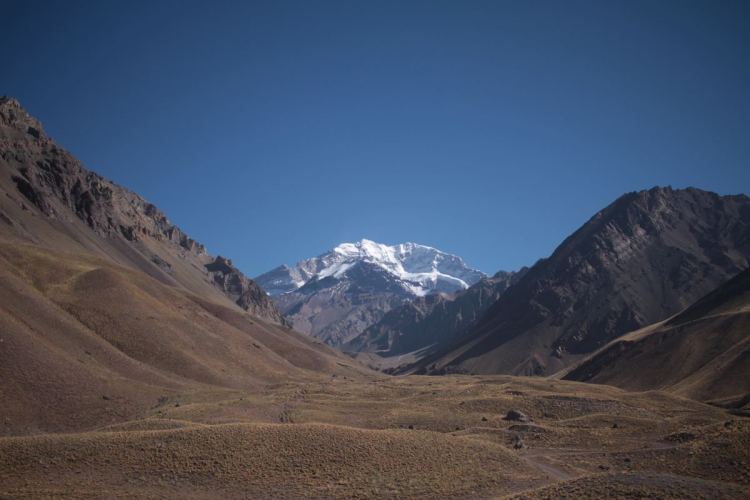 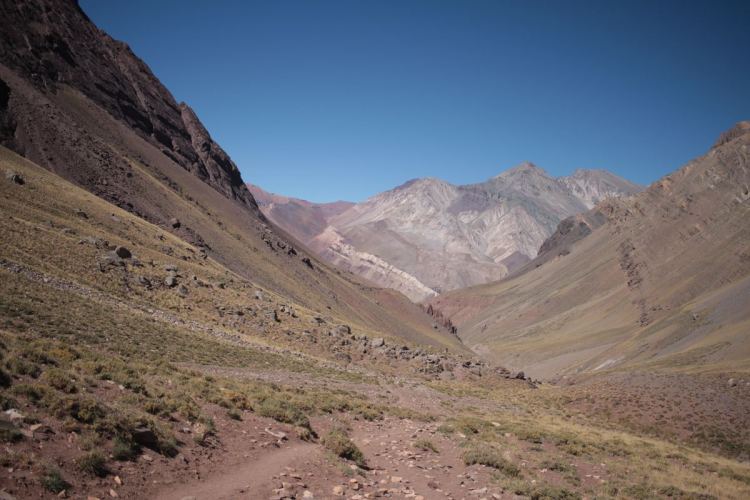 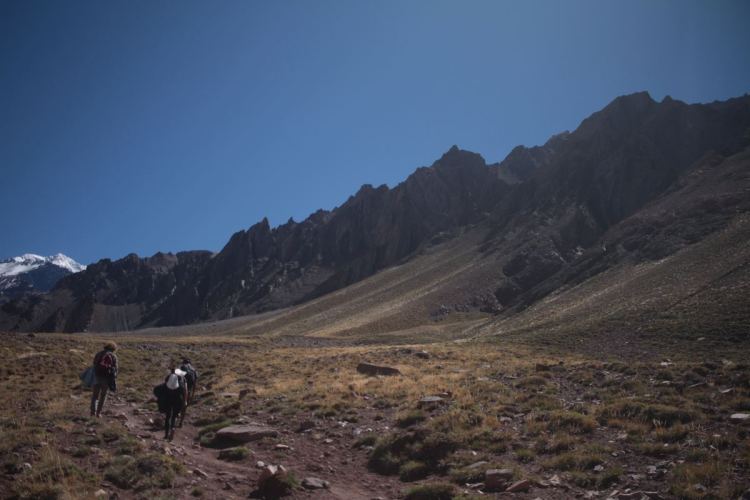 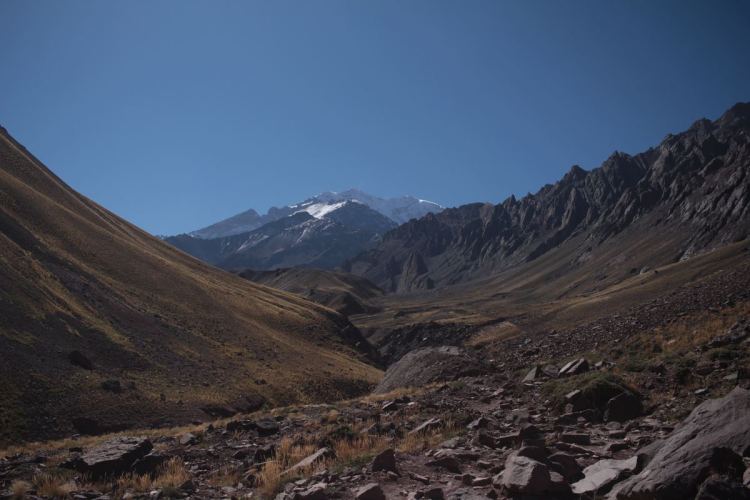 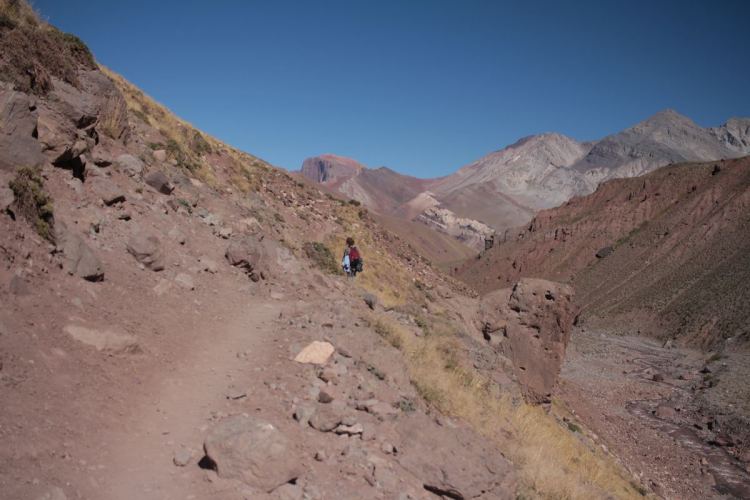 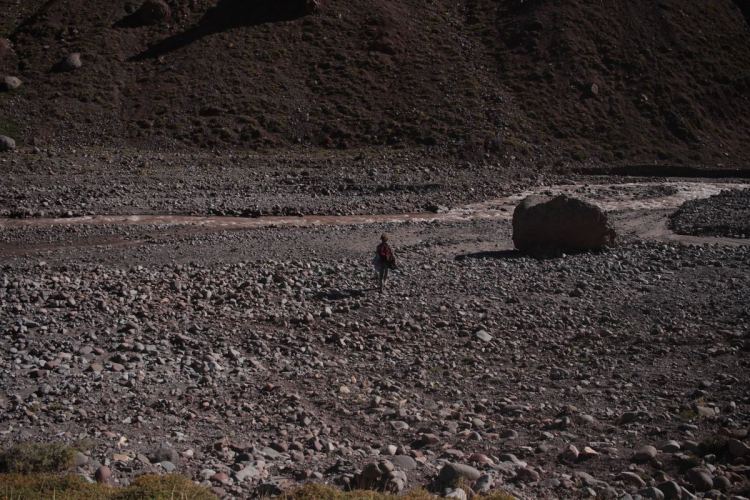 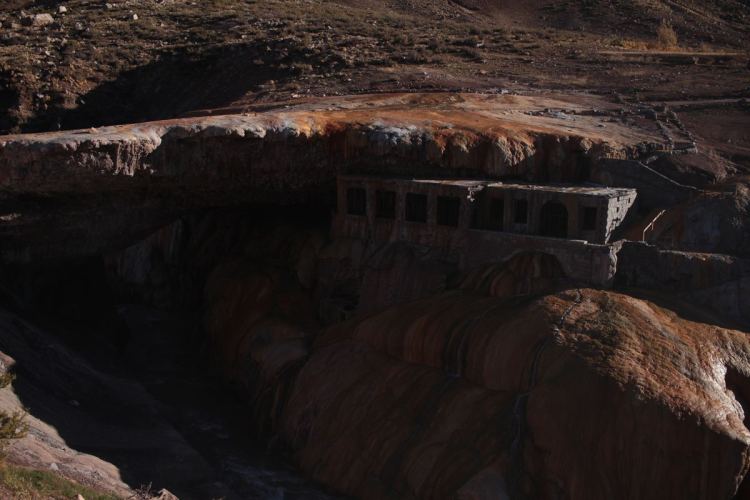 On April 1st we took the bus to cross the border to Chile. The road the bus takes is the exact same as the one you take to the Aconcagua. So we got to enjoy the road twice! And then, well yeah, we were in Chile.

I think one of the things I learned or maybe realized is a better word, if not for the beautiful and inspiring people you meet along the way, a country is simply just that, a country.